The Camera - Because You Asked

As I promised earlier, I am going to try to tell you about the "camera"  and how we use it.  You may be surprised to learn that the camera does most of it.  Here goes. . . . . 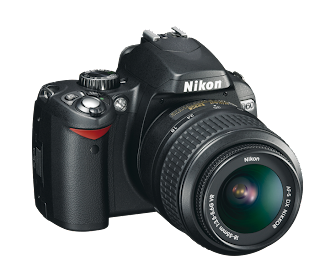 The camera is a Nikon D60.  We purchased it from Costco.com in April 2009.  It was a packaged deal with the camera body and two lenses.  The lens we use most of the time is an 18-55mm.  The other lens is larger, 55-200mm.  The large lens is actually our favorite because it is the fastest for action pictures.
When the Duchess purchased this camera she had no idea what a DSLR camera was, she just knew it took good pictures.  She thought she would study the manual and even take a class on how to get the best out of her new camera.  Problem is, she never did it.  The more she read, the more confused she got and the more hopeless it seemed.  The solution she found works best for all of us because there are no "brains" involved :)
It is called "point and shoot".  Seriously.
There are some basic changes she makes on a little dial.  One is for macro, one for action, one for night time, etc...  Mostly she has it on "auto" or "action".  Then she points and shoots - many, many times.  Since there is no film involved she can take a thousand photos if wanted.  Then, after transferring them all to the computer we keep the good ones and delete the bad ones.
Do we photoshop?  Nope.  What you see is straight out of the camera.  The only thing we do is cropping.  Sometimes cropping is needed to get rid of some background and bring the main subject up closer.
So, now you know.  If we can do it, so can you!  But I must warn you, it becomes an addiction for some people.  Especially if you've never taken good pictures before and suddenly you can.  My Duchess loves the Nikon so much that she dreams up places to go and things to do just so she can take pictures!
Thanks for stopping by!
Kisses,