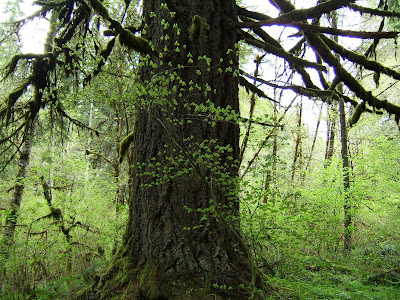 Summer is the best time of the year. The days are long and the air is warm. The butterflies and bumble bees flit tirelessly from one fragrant flower to the next and I get to spend hours running free in the sunshine. The Duke and Duchess seem to “morph” into completely different people in the summer. You can almost see the contentment radiating from them. But the best part about summer is the camping trips.
The Duchess had never been camping until she met the Duke. Her Grandparents had a cabin deep in the mountains of Utah where she spent the summers of her youth. (That’s another story for another time). So the Duchess learned to pitch a tent and spent many summers camping with the Duke and their friends. They were living in the city back in those days and the Duke, being a “country boy”, was always ready to get out of town. The Duchess re-discovered a part of herself on those camp-outs because, even though she was a “city girl”, her roots were in the mountains of Utah where she’d spent the most memorable days of her life.
The Duke had tried for years to get the Duchess to move out into the country. He wanted some land and a home away from the hustle-bustle of the city. They eventually moved from the city to the suburbs, but that’s as far as the Duchess was willing to go.
As time wore on, her defenses wore down and the Duke finally got his wish. They sold their house in the suburbs and bought 3 acres outside of a little town (pop. 2500) 30 miles away from the city. The Duchess, being afraid of her own shadow, was certain she would spend the remainder of her days in fear. But instead, she blossomed in the peaceful home the Duke had provided for her.
At that same time the camping trips ended. The Duchess said she did not want to sleep on the ground anymore, and besides that, she was living in the woods now and no longer had the need to get out of town. By this time all of their camping “buddies” had traded in their tents for RV’s of some kind so it wasn’t much fun anyway, being the only tent-campers left in the bunch. The Duke would have loved to buy her a trailer to camp in, but even if they could afford it, which they couldn’t, they could not afford a truck to pull it. The Duke had a very old, beat up truck that he called the “gutless wonder” and it wasn’t always safe to drive, let alone haul with.
So the years went by (eleven of them to be exact) with the Duke and Duchess spending their summers working on the house (my castle) and yard (the grounds). There was much work to be done, but they were young and strong. About the time they ran out of remodeling projects, the Duke found the truck of his “dreams” and the Duchess wanted him to have it. She felt bad that he’d had to wait so many years and she knew that now they could afford it. They had to have it shipped in from another state because they were on vacation when they first saw it. It had a full size back seat that folded down to make a nice travel bed for two large dogs. The Duke was very happy, to say the least.
Then one day they were at a garage sale and the Duchess noticed a tiny little trailer for sale and said to the Duke, “Oh wouldn’t it be fun to have a little trailer to go camping with our friends again?” They’d always known they couldn’t have a trailer because they never had a truck to pull one – then all of a sudden the realization hit that NOW they had a truck! Not just a truck, but a brand new heavy duty diesel truck that would pull anything!!! And of course the Duchess just exploded with the excitement of her “revelation”! So, that very same day, in the rain no less, off they went to check out all the local RV stores. Within a matter of a few days they were the proud owners of a new travel trailer. And they have never looked back.
Now our summers revolve around camping. And for me it’s really great, because when we’re camping the focus is on us (me and Bear). Lot’s of walks, and cuddling, talking and just hanging out together with no distractions. It’s pretty close to heaven on earth, if I do say so myself! 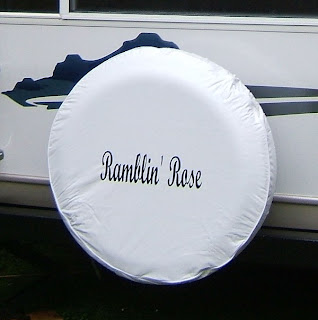