It's In The Contract

When you adopt a puppy from Border Collie Rescue the contract you have to sign says that you will spay/neuter when the pup reaches a certain age. . .

Mister Higgins is of a "certain age" now. Poor little guy.
Even I feel sorry for him.

The first day after his surgery he went to work with the Duchess.
He was so miserable. 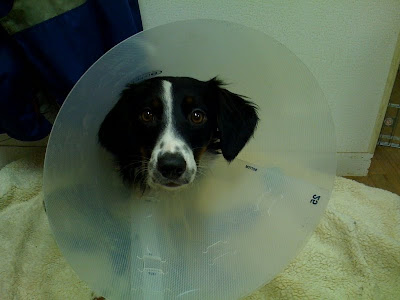 The Duchess bought him two children's t-shirts and an elastic bandage, hoping to keep him protected while letting him be without the collar for awhile. 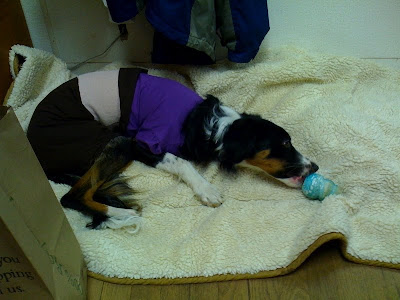 It only worked while he was laying still. As soon as he got up he screamed bloody murder and the Duchess took the t-shirts off. Poor Duchess was suffering almost as much as Mr. Higgins! 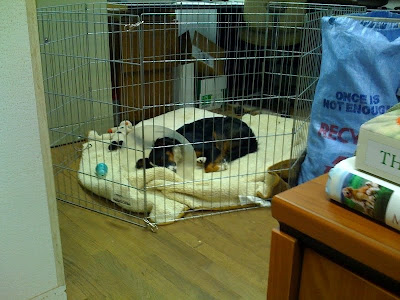 At the office she found a corner in the back that nobody uses and set up a pen for little Higgins. He slept most of the day, and when he wasn't sleeping he was pretty unhappy.

So, back at the castle we tried to make him comfortable. 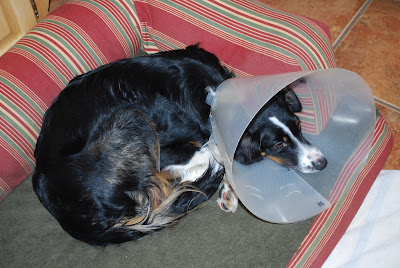 The Duke and Duchess tried the t-shirt idea one more time using bigger shirts.
But it still didn't work because the shirts were too big and they kept falling all over. 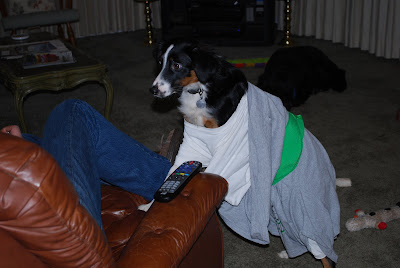 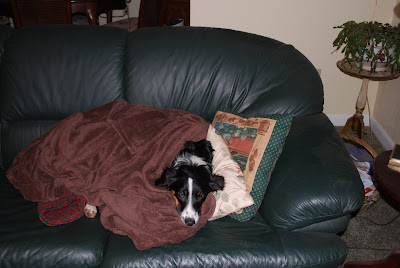 He really hates the e-collar. When the Duchess was in the kitchen getting dinner ready he was able to get his collar off and pulled his stitches out. So we had to stay home while they rushed him back to the Vet to get fixed up. The Vet put and invisible bandage over his incision and sent him home with more pain meds, antibiotics, and some mild tranquilizers to help him rest. He's been crazy trying to get to those stitches, so hopefully that would help him. 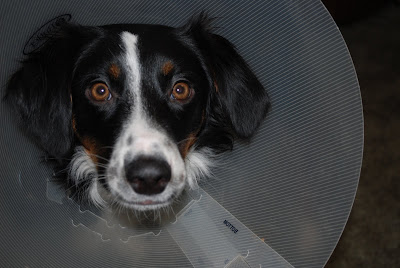 The Duchess doesn't dare leave him home so he had to go back to the office the next day. The bad part is that he gets car sick. So he has his medicine with his breakfast in the morning and then throws it up in the car. The Duchess knew this was not a good solution and did not want to add more stress for him, so she is taking a week of her vacation to stay home with us. By the time she goes back to work Mister Higgins should be all better. Or a least almost all better!

He is feeling better already, actually.
He spends much of his time now trying to figure out how to chew on his bone. . . 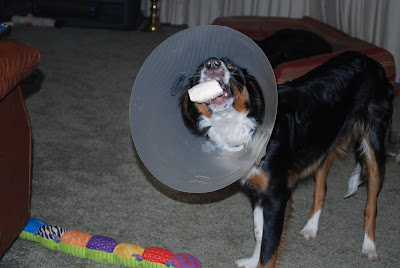 And play with his ball. We all know how much he loves his ball. . . 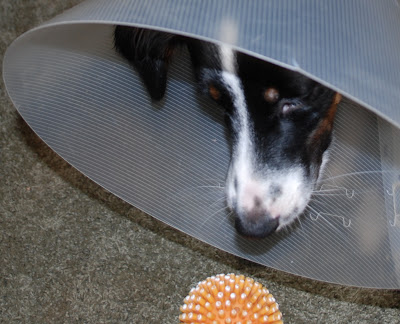 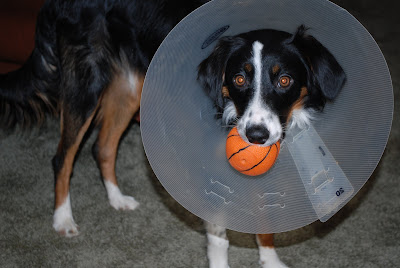 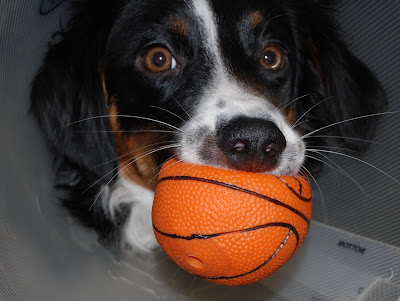 But it has been quite a challenge!