The Duke and Duchess came home last weekend with a box full of snacks treats baby chicks for me the castle! 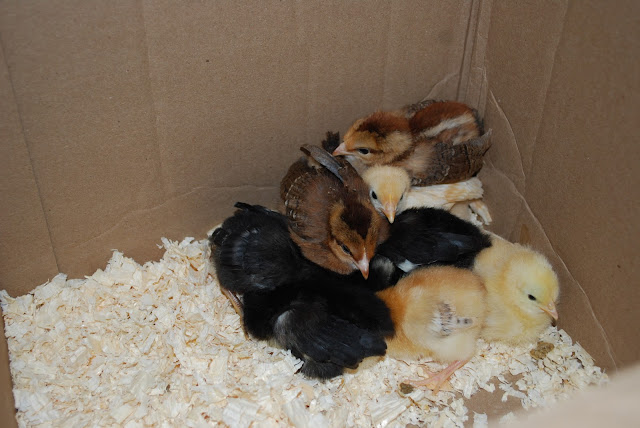 Some of them were yellow. 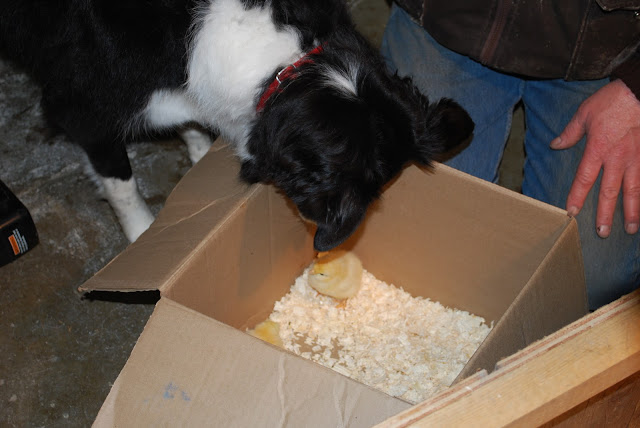 And some of them were black. 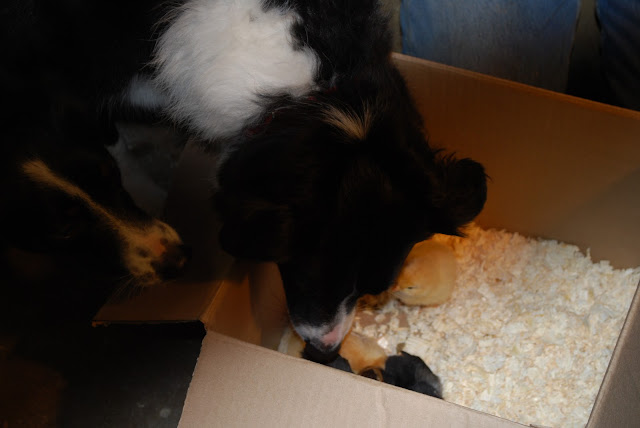 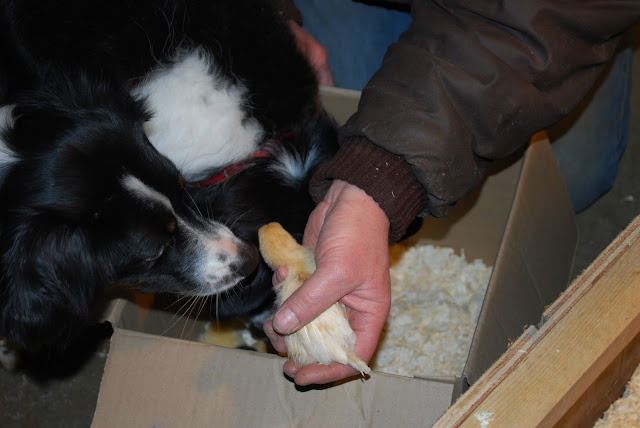 He was thinking they might taste as good as they smell! 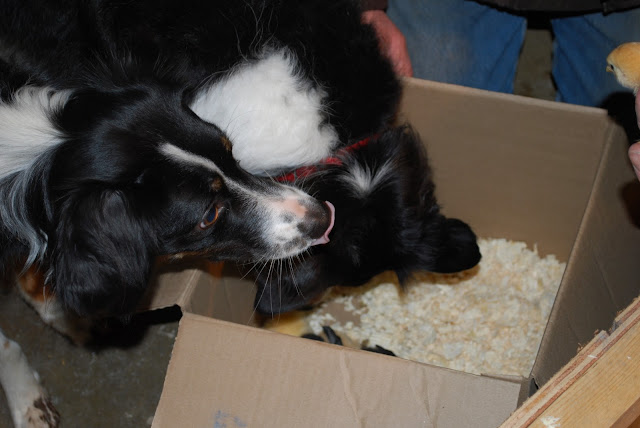 There were even two brown ones. 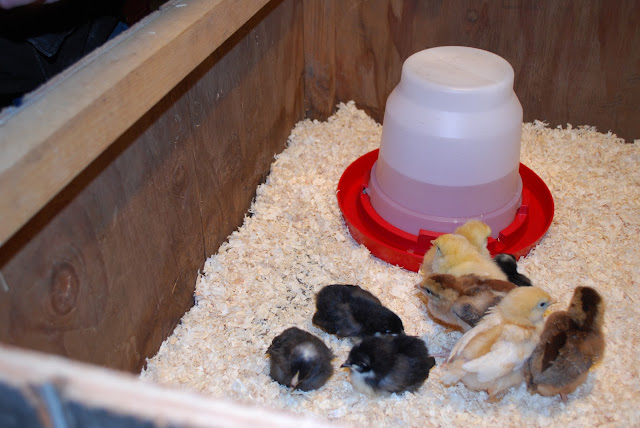 I was very excited. 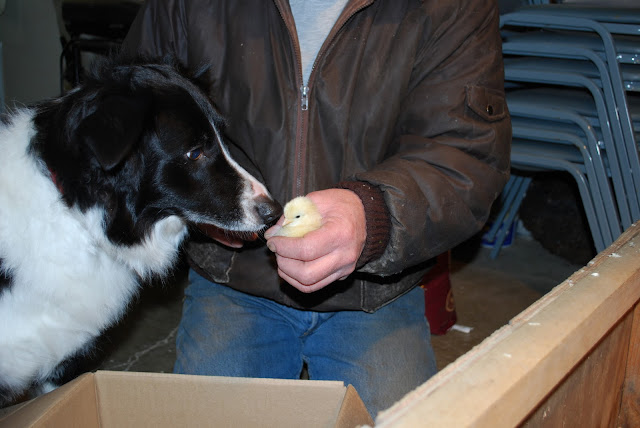 I love getting new subjects at the castle.
Especially if they don't bark.
I knew they were mine.  No doubt. 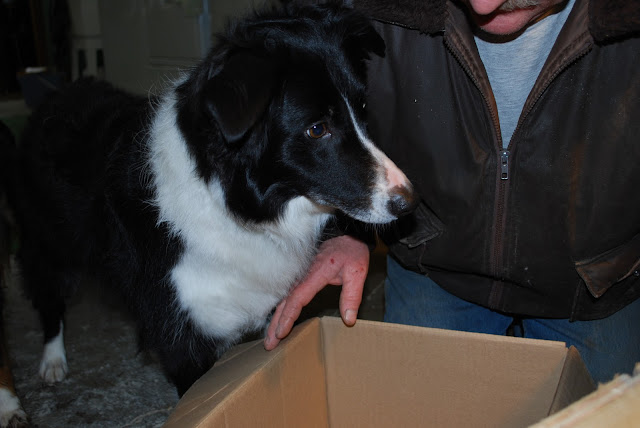 They are living in a box right now in the Dungeon. The Duke calls it a brooder.  He is building them their own house for when they get bigger.  That one will be outside in the fresh air.  They will be protected from the rain though because the Duke says Chickens don't like to get their feet wet.  Wow, that's kind of picky don't you think?  For goodness sakes, it rains all the time here! (Well, almost!) 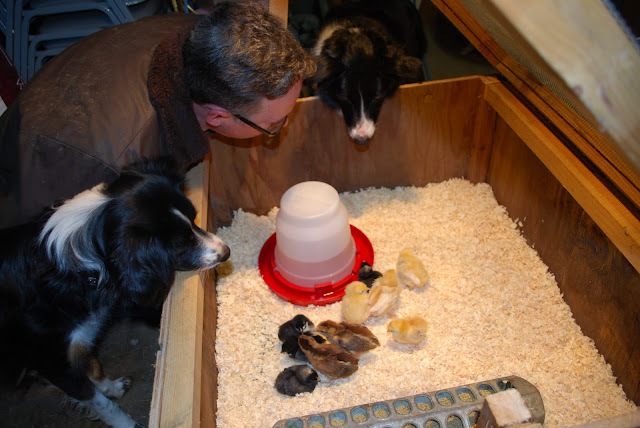 In any case, I think life just got a whole lot more interesting! 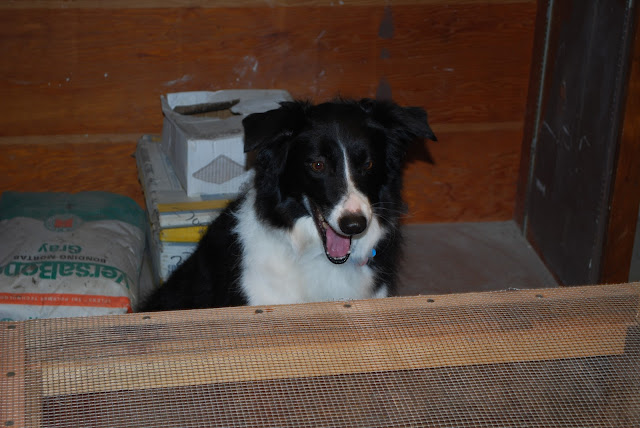 Guess who went to the Royal Beauty Parlor?﻿ 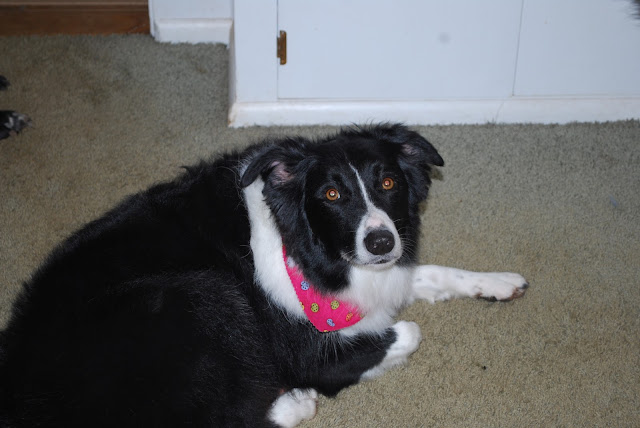 Yes.  It was me!  And the fluff is very white and pretty.  I feel so much better now that I am all clean and trimmed. 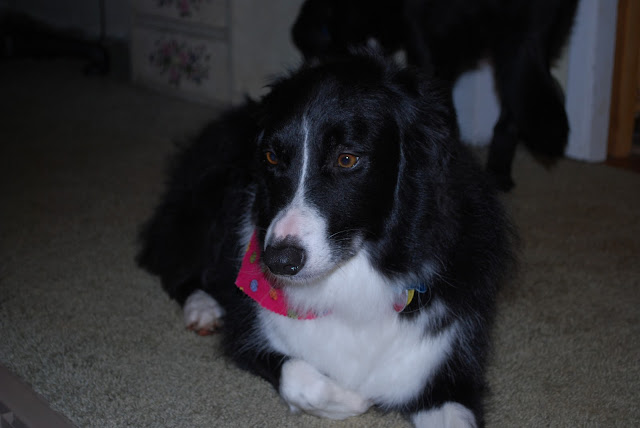 But don't tell the Duchess because she thinks I'm mad at her :) 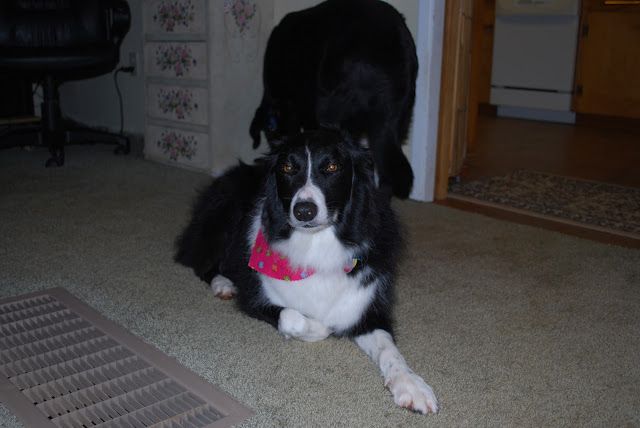 Thanks for stopping by!
Kisses, 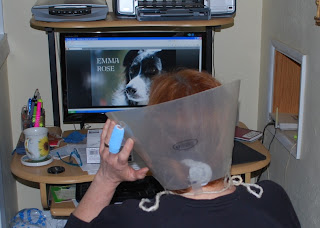 What?  Of course she deserved it! Now she can't chew on her bandage :)
Kisses,

We Have A Situation Here 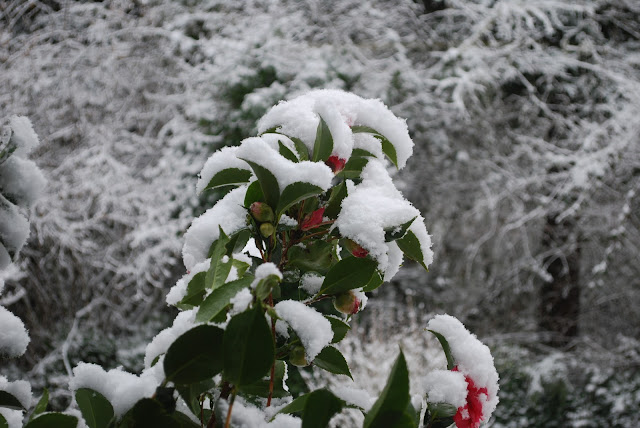 Our snow only lasted a short time, but I wanted to show you these pictures of the Camellia bush that is right outside the kitchen window.  These crazy flowers always bloom in late winter/early spring. 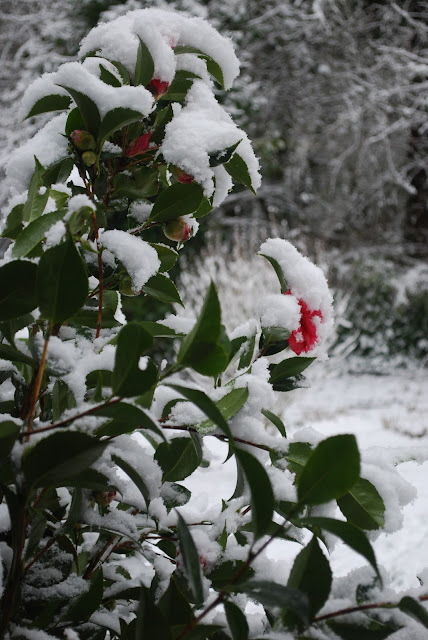 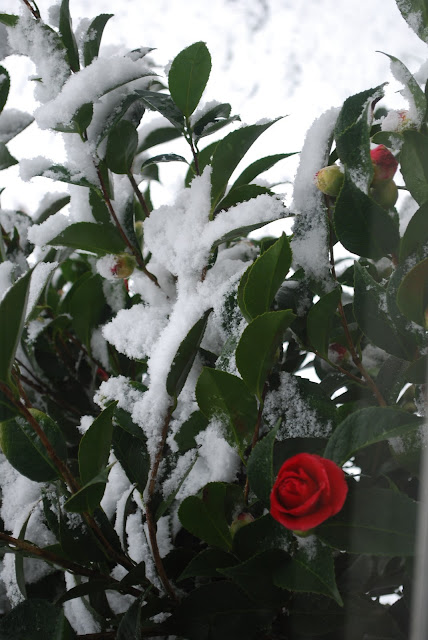 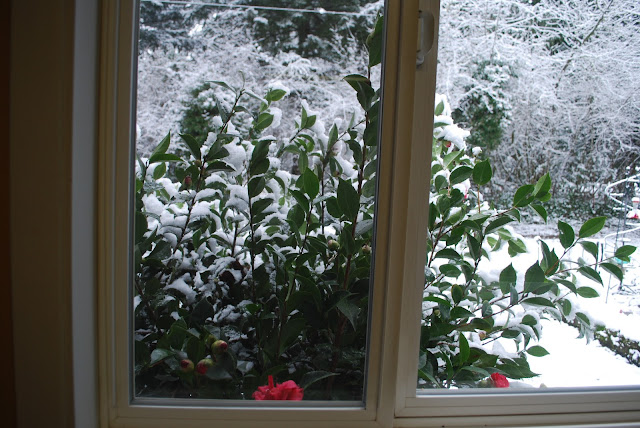 Ok, enough of that silliness.  We have a real situation here.  The Duchess hurt her left hand and she is left-handed.  This is not a good thing.  She wanted to dehydrate a huge bag of carrots, so she peeled them all and got out her new mandolin slicer thingy.  Well, of course the safety part of it won't hold a carrot so she thought she would just go slow.  She's a real dreamer, and that is exactly what she was doing, day-dreaming, when she sliced her knuckle clean off.  Well, the skin anyway.  Don't worry, she is not going to die, but for awhile we thought she may very well bleed to death.  Oh, I forgot to mention that the Duke is snowmobiling in eastern Oregon this weekend.  A very long ways away.

So she wrapped it up in tons of gauze and finished her carrots - slowly and carefully.  Then she took the gauze off to see the damage and the whole thing started bleeding again.  It's the first joint on her middle finger.  Yep, looks real cute sticking straight up in the air.  So anyway, she drove herself to the pharmacy and got some "no-stick" bandages, some more tape, and a liquid bandage for when the stupid thing stops bleeding.  They just shook their heads when she explained what happened.  Seems everyone in this town knows the Duchess is learning to cook after all these years.  She has even had people try to talk her out of it.  Anyway, we think the bleeding has finally stopped and the Duke will be home tonight.  I told her she could really get some mileage out of this injury.  I'm sure the Duke will have to do all the washing and stuff so the Duchess doesn't aggravate her wound.  He will also have to write all the checks to pay the bills because the Duchess can't sign her name with her middle finger pointing to Heaven!

Now, the situation is this - the typing is not much better than I could do myself.  And all this fuss over a finger is taking the attention away from the Queen.  I am seriously considering sending her off to the Royal Infirmary until she is all better.  The problem is she has the Blogger password and won't give it to me.  (She really gets on my nerves sometimes!)

I know what I'll do!!!  I'll make her wear the "collar of shame" just like we do when we get hurt!  What's good for the Queen is good for the Duchess!  :)  Gosh I am feeling better already. :)