A Trip to Town

Mister Higgins has some puppy issues. The first one is his "cuteness factor". We think he knows how adorable he is. That is not good. The second one is he is a scaredy cat. There is not much we can do about the first thing, but we are working hard on the second one.

His first time at puppy kindergarten only one other puppy was there and he scared the poor little thing to death! The teacher had her big dog there also, and Mister Higgins really told him a thing or two! The teacher says he is a very normal puppy. (Humph! Normal? And here we all thought he was exceptional!) The important thing now is exposure. He needs exposure to the big outside world.

So, as you know, Mister Higgins has been to Petco and the farm supply store. He has been to work with the Duchess twice. He had a wonderful time at Home Depot. They took his picture and gave him treats, and spoiled him rotten! And, of course, he's been to the Vet.

Today he took a short trip to town where he got to walk up and down the street and do some window shopping. 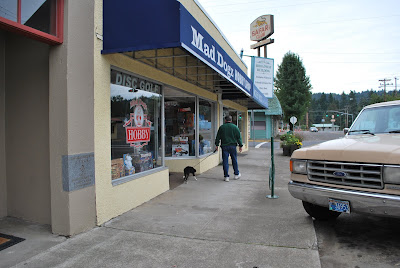 When he saw his reflection in this glass door he barked his head off. 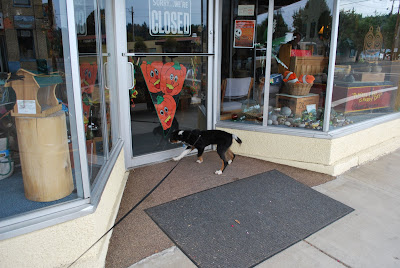 But after he figured out it was only his reflection he was quite embarrassed! 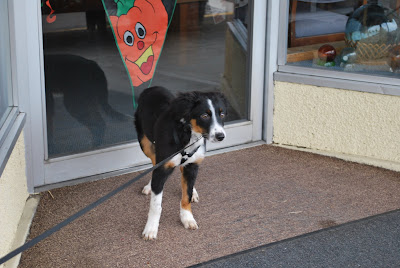 The next store had a resident cat in their window. 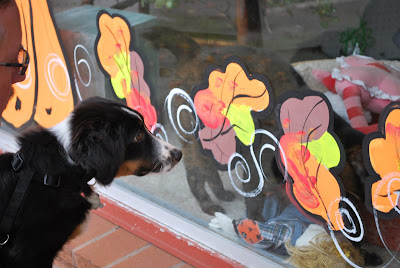 Mister Higgins tried to figure out if this was another reflection.
He wasn't going to be humiliated twice in one day! 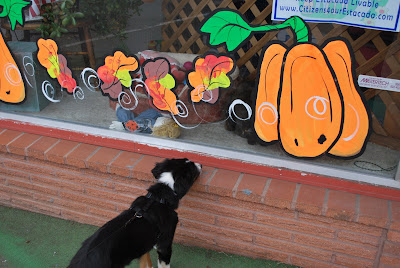 This looked like a fun place to stop, but they were closed. 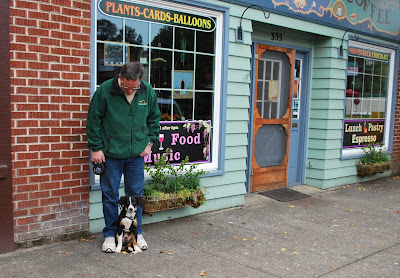 So they went to the local coffee shop instead,
where they were invited in for cuddles and treats!
(that is the "cuteness factor" at work) 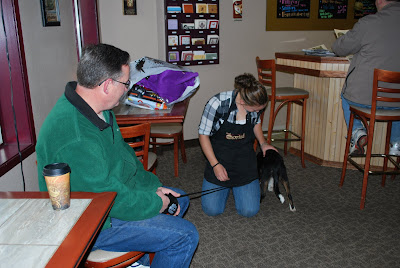 They made some new friends at the coffee shop too. 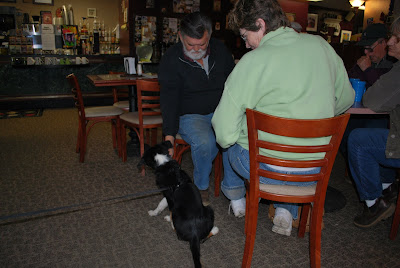 And the Duke had a yummy Mocha. 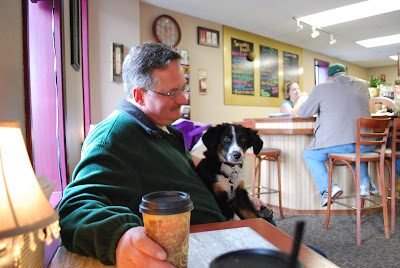 Outside, the new friends introduced them to Reno,
their Border Collie.
Mister Higgins thought that was great
until he realized that he did not know this dog.
Then he barked his head off again.
The new friends were not offended thankfully! 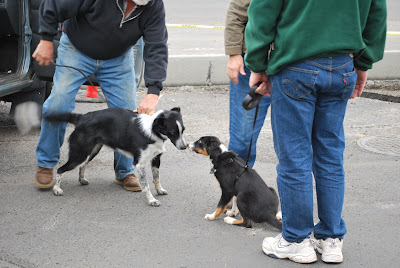 So, coffee finished, they said goodbye to all their new friends,
and continued their walk through town.
It was a very fun time and hopefully they can do it again. 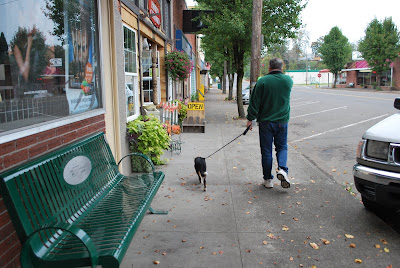 Next post I will show you our new toy!
Kisses,